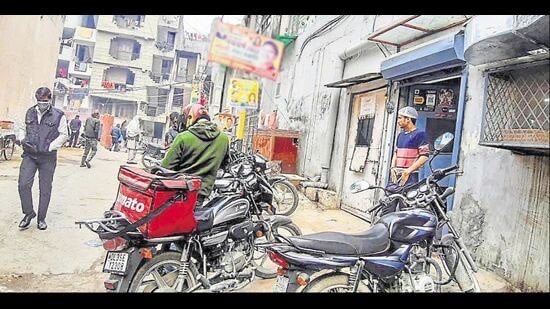 Zamrudpur is cooking up a revolution in cloud kitchens

Md Shamim, a delivery executive with an online food aggregator, says that since the Delhi government banned dine-in at restaurants last week, the number of deliveries he makes every day has almost doubled

Md Shamim, a delivery executive with an online food aggregator, says that since the Delhi government banned dine-in at restaurants last week, the number of deliveries he makes every day has almost doubled. While he delivers to multiple locations in south Delhi, the pickup destination is almost always Zamrudpur, a village near Greater Kailash 1. “It is because this village is the biggest hub of cloud kitchens,” says Shamim, as he waits to pick up an order, a pizza, from a cloud kitchen located in a nondescript building in the auto market of the village.

With restaurants in Delhi shutting dine-in facilities frequently due to pandemic restrictions in the past two years, cloud kitchens— delivery-only outlets – have mushroomed across the Capital. The epicentre of this revolution is Zamrudpur, a south Delhi village, currently home to about 100 cloud kitchens, including Layla’s, Ah So Yum, Burgerama, Madam Curry, Kougan and Rutbah, among others that promise fine dining at home.

Throughout the day, one can see food aggregators’ delivery partners zipping in and out of the village on motorcycles, cycles and electric bikes. Most cloud kitchens here have no signboard– the only sign of their presence are delivery men receiving orders through a small opening in the doors of the buildings.

Ashwani Basantani, who runs Cloud Kitchen Exchange, an online platform that helps buy, sell and rent cloud kitchens, says the village is a favourite with cloud kitchen enterprises because of low rentals, a south Delhi address, and its proximity to posh south Delhi colonies, which generate a bulk of the high-value orders.

Ishaan Kapoor, who runs Madam Curry, a cloud kitchen, agrees. His kitchen, along with several others, is situated in the village’s dusty auto market, dominated by a motor mechanic and auto-parts shops. “It may look like an unlikely place for a kitchen hub, but this market is already one. The cloud kitchen model allows us to operate in any location; what matters is the quality of the kitchen infrastructure and food, ” says Kapoor, who ran a catering business before he started Madam Curry in 2020. The cloud kitchen, he says, has been a success, and he has since opened one more in Gurugram and is in the process of opening another one in Punjabi Bagh. “Setting up cloud kitchens allows you to move away from pricey retail locations and focus on just food,” he adds.

Many cloud kitchen enterprises in the country are raking in huge investments; a report by RedSeer Management Consulting predicts that cloud kitchens are set to be a $2 billion industry in India by 2024.

In fact, among those opening cloud kitchens are top chefs who quit their jobs during the pandemic to start their own ventures. Anuj Wadhawan, who worked with a five-star hotel as an executive chef, started Ah So Yum in June 2020 . The kitchen in Zamrudpur makes about 50 deliveries per day on an average – of sushi, dimsums, bao, among other Pan Asian cuisine – to south Delhi localities. “I always wanted to start my own venture, but the disruption caused by the pandemic made me finally take the plunge,” says Wadhawan, who runs three cloud kitchens today in Gurugram, Zamrudpur in Delhi, and more recently, in Lucknow. He says that while he misses interacting with hotel guests, he enjoys the creative freedom. “In a hotel, we would change the menu once a year; here, I do so every couple of months,” says Wadhawan, whose kitchen is also located in the auto market. “It is a closed kitchen, so the location does not matter. I would be paying ten times more if I had space in the neighbouring GK and would have shut down by now. This place has given me access to sophisticated customers.”

The ground floor of his facility in the village serves as the kitchen, the first floor as storage and the second floor as the office. He says that in the past few months the competition has intensified with top brick-and-mortar restaurants and even five-star hotels entering the cloud kitchen space.“But they won’t be able to beat us as they cannot match the economics of our model,” says Wadhawan,.

Rajiv Goyal, a chef, who works as a consultant with many cloud kitchens in Delhi and Gurugram and runs India Food Tourism Organisation, which promotes food tourism in the country, says that several top chefs are not only opening their own kitchens, but many are also joining cloud kitchen ventures full-time. “They see a lot of potential; the cloud kitchen is a highly scalable model, and is raking in massive investments. Cloud kitchens are offering them better salaries than hotels, whose revenues have been hit due to the pandemic,” says Goyal.

He says the cloud kitchen revolution was fuelled by the work-from-home culture during the pandemic, which brought in a shift from eating out to ordering in. “People have been working from home and many have had no time to cook and are not comfortable having a maid at home because of fear of infection . They regularly order food from these kitchens,” says Goyal.

Besides, he adds, many home chefs, a lot of them women, who earlier took orders on phone and catered to their neighbourhood clients, are now operating cloud kitchens. They offer everything from diabetes meals to high-protein and no-carb meals. “Before the pandemic, I ordered meals from a few well-known brick-and-mortar restaurants, but now I end up ordering from cloud kitchens. Their food is as interesting as their packaging, but yes, there are concerns about the obscure locations of these kitchens and their hygiene standards. After all, a kitchen is not a warehouse,” says Adesh Gupta, a software engineer who lives in South Extension.

Ishaan Kapoor says that online branding and packaging is important to the success of a cloud kitchen. “We are trying to create a gourmet fine-dining experience at home. Our brand name is inspired by Marie Curie. Because we are into experimental food, our food is served in glasses, injections and test tube-shaped packages,” says Kapoor.

“Earlier I was working in a Khan Market restaurant, but lost my job, so I joined a cloud kitchen here. Interacting with the guests was one of the most rewarding parts of the dine-in restaurant, now I just deal with delivery partners. I am not used to sitting in the kitchen for so long,” he says.

But the villagers are not complaining. “I have no idea what they cook, and where the food goes, but they are offering good rent,” says Ramvir Singh, a resident. “Here they get a GK address at a Zamrudpur price.” 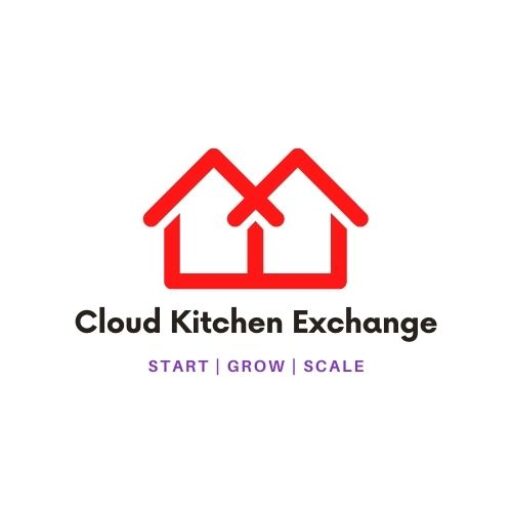